We want to present you the topics of the “Danube-Networkers for Europe (DANET) e.V.” Newsletter. You are invited to read two background articles, one regarding learning in later life and one about the new European Project “Tastes of Danube. Bread, Wine, Herbs”, three examples of good practice , from the project Mobile Learning in Older Age (MobilA) and reports about The Tour of Danube-Networkers in Bulgaria and Romania.

END_OF_DOCUMENT_TOKEN_TO_BE_REPLACED

We live in times characterized by enormous demographic changes and changes in technology, science, economy and society. These changes affect people’s life style and conditions in all countries, also in the Danube Region. For this reason Life long Learning (LLL) for elderly gets an increasingly important social significance.

END_OF_DOCUMENT_TOKEN_TO_BE_REPLACED 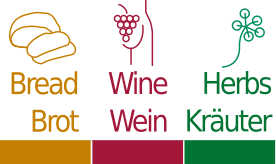 You are invited to take part!

As a follow-up project of “The Wanted Danube” which has just been awarded with two European prizes the “Danube-Networkers” organization in Ulm starts a new project along with their partners in September 2015. “Tastes of Danube: Bread, Wine, Herbs” is the name of the project which welcomes civil society organizations, schools, single persons and groups in Germany and all other Danube countries as active participants. From now on, every interested group, institution or person is invited to present their ideas for project activities.

END_OF_DOCUMENT_TOKEN_TO_BE_REPLACED 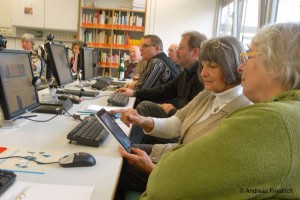 Due to the increasing heterogeneity and diversification in old age, the demands on scientific continuing education of older people change. The needs and interests of older people are more differentiated today and new and appropriate education provisions for this target group have to be developed accordingly. The new media and especially the Internet are of interest not only for the “younger” older people. Especially for older people on the border to very high age, with restricted mobility and impaired health, the Internet provides an extension to the existing education and action possibilities. This applies even more to people in rural areas. However, also learning via the Internet changes.

END_OF_DOCUMENT_TOKEN_TO_BE_REPLACED 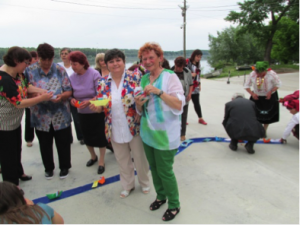 The European association DANET, the Centre of Education of Third Age (CETA) of the University of Ruse (UR), the Union of Pensioners‘2004-Ruse (UP) and the District Library of Silistra (DL) organized a day of the International Association Danube-Networkers for Europe (DANET) on 15 May, 2015, in Ruse and on 16 May, 2015, in Silistra, for presenting the initiatives of the Association DANET, the Danube Strategy and the successful results of the project “The Wanted Danube“.

END_OF_DOCUMENT_TOKEN_TO_BE_REPLACED 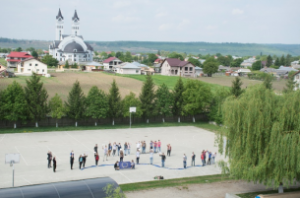 Crossing the Danube River on the ferry from Ruse, Bulgaria, on Sunday, May 17, 2015, to get to our LaSalle partner school, the LaSalle Technical College in Pildesti near Roman, Moldova, was the start to the second part of our trip to partners of our project “The Wanted Danube” in Bulgaria and Romania in May 2015. The students of this school in Pildesti had participated in our project in an especially intensive way.

END_OF_DOCUMENT_TOKEN_TO_BE_REPLACED 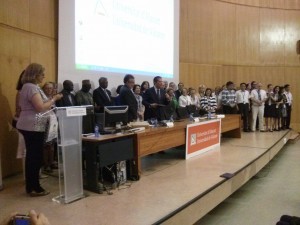 University of Alicante hosted the AIUTA International Conference on Thursday, the 11th – Friday, the 12th June 2015 and the I.A.U.T.A;  96e Governing Board.

END_OF_DOCUMENT_TOKEN_TO_BE_REPLACED

The 3rd edition of the International Danube Conference on Culture, “Danube Region-the River as an Experience” took place in Timisoara, Romania, on 24 – 26 June 2015. The conference was held within the framework of the development and funding programme of the EU Strategy for the Danube Region (EUSDR).

END_OF_DOCUMENT_TOKEN_TO_BE_REPLACED

Civic education for financial literacy is needed. Older people should be freed of dependency discourse. The need for a UN Convention on Older Persons’ rights.

At the 10th Bled strategic forum Dušana Findeisen, vice president of DANET, moderated the panel Ageing Society and Development: Is progress without change possible? The discussion of the panellist was largely directed towards what is DANET’s mission: social participation of older people, their contribution to social and economic development, dialogue and cooperation of generations as well as global cross-cultural dialogue. It goes without saying that the panellists were willing to consider also the issues of older adult education and intergenerational learning enabling the contributory role of older people.

END_OF_DOCUMENT_TOKEN_TO_BE_REPLACED

Ten to twelve million Roma live in Europe, more than six million only in the Balkans. Nevertheless in the last ten years all of the implemented EU aid programmes as well as self set goals did not improve the life situation of the Roma. Roma minorities are often marginalized and discriminated; their situation has even been downgraded since 1989. It needs a coordinated, holistic and a long-term concept to solve these problems. From 19th to 21st April 2015 the Baden-Württemberg Stiftung invited in cooperation with eight big social organizations to their conference „Duna Romani Luma – New Paths Towards The Future“.

END_OF_DOCUMENT_TOKEN_TO_BE_REPLACED

There is a strong need to support citizens in developing their critical and creative thinking, and Civil Society Organisations (CSOs) have a role to play in citizenship education. The second Interest Group on Lifelong Learning meeting took place in Brussels on 22nd of September 2015.

END_OF_DOCUMENT_TOKEN_TO_BE_REPLACED

The news that Lilli Gehrecke passed away has all of us Danube-Networkers left moved and sad. We want to express our sincere condolences to her family.

She has been a giving person to all of us: her humanity, her power, her visions of people living peacefully together across the borders, and she lived according to her values!

END_OF_DOCUMENT_TOKEN_TO_BE_REPLACED 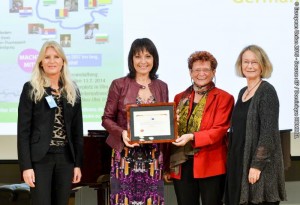 The European Parliament has awarded the Ulm-based international project “The Wanted Danube”, represented by its coordinator Carmen Stadelhofer, with the “European Citizen’s Prize 2015”, as confirmed now by European Parliament Vice President Sylvie Guillaume in Brussels. EU Parliament members Evelyne Gebhardt (Germany, SPD) and Michael Theurer (Germany, FDP) had nominated the friendship project with its 6.000 participants from eight European countries along the river Danube, which was wrapped up in July 2014, for the competition.

END_OF_DOCUMENT_TOKEN_TO_BE_REPLACED

On July 17 – July 19, 2015 Board meeting Danube – Networkers for Europe (DANET) e.V. was held in Zagreb, at the Public Open University Zagreb (POUZ). These were the warmest days in Zagreb in the past 65 years and the temperature was always between 35 and 40 C. We could say that the meeting was held in a warm atmosphere with hot discussions. For some participants, the trip to Zagreb itself was an adventure. By train via Budapest to Zagreb without air conditioning was an adventure for the Romanian colleagues. With a little help of ice, cold drinks and shady rooms, board was able to do this meeting.