There have been many developments in the field of older people’s education, culture and social participation in the Danube region and elsewhere in Europe all of them devoted to improving older people’s social position, intergenerational dialogue (Women’s stories) quality of their life. Outstanding have been the results of the connections and cooperation of quite different institutions and educational providers within networks like DANET and ELOA, the ESREA’s research section dealing with older people’s education. Outstanding have been also some national achievements we have decided to write about in this DANET Newsletter like the 5th Festival of Knowledge and Culture in Later Life in Slovenia. There are also new actors in the field of older adult education and old age in general, like a new type of third age university in Romania , or OPRO an institute for applicative studies dealing with old age and social forces in Slovenia, new older people’s social practices as well as emerging research topics related to older people that need to be examined further, like the impact of education and culture on both objective and subjective older people’s quality of life or masculinities in older adult education.

END_OF_DOCUMENT_TOKEN_TO_BE_REPLACED 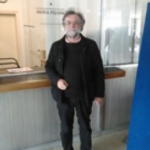 How can we describe the informal network Danube Networkers ,DANET and  its follower the International Association Danube Networkers for Europe? In both cases this has been a group of people sharing values and being committed to European cooperation, social inclusion, intergenerational dialogue and learning in later life. The Danube region as a junction between Eastern and Western Europe is the area in which this network most frequently carries out its activities. This group is not just a bondage of the core network members from the Danube region since DANET has been building bridges extending also to other countries and other regions, maintaining the network of the participating organisations in both formal and informal way.

END_OF_DOCUMENT_TOKEN_TO_BE_REPLACED 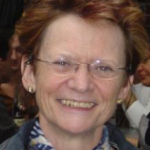 The project partners worked hard for two years to provide and analyse  the “best practice projects”. The result can now be seen online: www.bbe-toolbox.eu. The toolbox contains 27 projects and methods that are easy to call up and to be applied. The accumulated knowledge is available for free, to all who are interested in making use of the described methods. It inspires its users to further promote new methods in further education, education of adults, especially  older adults, women, low-educated people, people from rural areas, migrants, etc. focusing on fostering European awareness.

END_OF_DOCUMENT_TOKEN_TO_BE_REPLACED

The 15th Anniversary of the Union of Pensioners (UP) of the Slivo Pole Municipality was held in May on the Day of Europe. The event was titled „Preserving the Intangible Cultural Heritage of the Danube Region”. Union of pensioners, the organizer of the event, was greatly supported by the local Government represented by its Mayor Valentin Atanasov, the Mayor of the Slivo Pole Municipality and all members of the 20 Clubs of Pensioners of Slivo Pole, Babovo, Ryahovo, Brashlen, Borisovo, Golyamo Vranovo, Malko Vranovo, Kosharna, Yudelnik, Chereshovo. Organisers were assisted by secondary and primary schools, members of the community centres etc.

END_OF_DOCUMENT_TOKEN_TO_BE_REPLACED 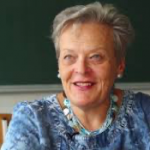 The first European project we did together was the one called DANET, carried out in 2011/12 within the programme Europe for Citizens. It gave Open University Zagreb a great opportunity to learn from European partners. Examples of Germany and Slovenia were essential for us as concerns the rise in the quality of life in citizens of the third age due to life long learning. The project proved to be successful resulting in a new network under the same name DANET and we have accomplished several projects and activities in its framework. The wanted Danube, Tastes of Danube, ODDA, Bread connects, Christmas boxes, Building Bridges for Europe International conferences were particularly valuable since they provided an opportunity for third age students to meet their colleagues from other countries with whom they share interests and a preference for life course approach to active ageing and lifelong learning. What we particularly treasure in the DANET network is the continuity of partner cooperation. (Source: Jasna Čurin, U3A- POUZ Zagreb)

END_OF_DOCUMENT_TOKEN_TO_BE_REPLACED

The culture of images and the culture of new technologies are dominating the culture of today’s fragmented and globalised world. Therefore, digital images equipped with explanatory text or without explanatory text are a good tool universally understood when used in the process of adult education. They facilitate the education of everybody, particularly the education of the generations of older people who, unlike younger generations, were not born into the world of images or of those whose media literacy may be qualified as lower.

END_OF_DOCUMENT_TOKEN_TO_BE_REPLACED

Danube Women’s Stories focus on women from countries along the Danube, women from the past and present. Particularly, the project aims at connecting young women from the Danube region by bringing together the knowledge   concerning  the significance of women from different cities along the Danube. Together women go on a journey of discovery, to recognize the contributions of women, discuss gender issues and use an opportunity to reflect on their own social roles. The influence and impact of women in their cities should be made visible and should support the Gender Equality Strategy of the European Union.

END_OF_DOCUMENT_TOKEN_TO_BE_REPLACED

Very little of what the small boy says is particularly interesting, but the contrast between the boy and the old people, both in dialogues and manner is what makes this film shine. It is a reflection on the human condition, a story of life and death, featuring Lozinski’s six-year-old son Tomaszek and older people spending their time on the benches of a Warsaw park.

END_OF_DOCUMENT_TOKEN_TO_BE_REPLACED

In June the Palace of the Parliament in Bucharest hosted a series of panel discussions organized by the Government of Romania in partnership with the Romanian Cultural Institute. The theme in focus was: “A cultural identity perspective- insight of the Danube region” and the final aim of the discussion panels was the creation of a Blue Book on the Danubian cultural identity. Besides the panels, the event contained also an exhibition of contemporary Romanian art “Danube River as Connector”, curated by Oana Ionel.

END_OF_DOCUMENT_TOKEN_TO_BE_REPLACED

It all started with a project of the association “Platforma Romania 100”in cooperation with the Direction of Social and Medical Assistance. The inspiring slogan leading to the establishment of this U3A was : “Lifelong learning has no age”. Although the initial project lasted only one month, significant results are to be seen on the local level, as older people developed a willingness for further education and participation in the activities of the civil society.

END_OF_DOCUMENT_TOKEN_TO_BE_REPLACED 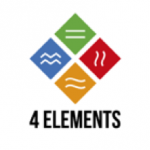 Teaching vulnerable groups English and teaching them about intangible cultural heritage: myths, legends, tales were approached  in the 4 Elements project joint staff trainig held in Reus. The Reus municipality representatives who addressed the training call their town “a small big town” which is exactly the impression it gives to its visitors. The town has approx. 100 000 inhabitants, but narrow streets and small squares squeezed among them give the feeling of a small Mediterranean settlement.  Reus, however, has good urban infrastructure and a robotized hospital on the top of it.

END_OF_DOCUMENT_TOKEN_TO_BE_REPLACED 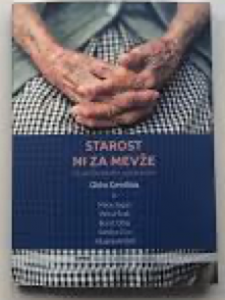 OPRO,  Institute for applicative studies, brings underdiscussed social issues of older people and other marginalized social groups to the fore. The institute strives to identify and make visible social forces that undermine social cohesion, preserve stereotypes as well as various forms of discrimination. The institute then works towards their deconstruction by employing different methods and formats. It has been organizing a series of panel discussions as the first step towards empowering the least powerful groups, older people included, in Slovenian society. To this end, besides panel discussions, the institute will employ an array of methods: publication and promotion of literary and scientific works, introduction of creative groups for examining single social issues, intensification of the presence of relevant contents in classical media and social networks, launching initiatives as to intensify social inclusion of socially marginalized groups. Additionally, the institute will provide for creative workshops for the inclusion of marginalized groups in entrepreneurship, cultural design, leisure time activities, thus enabling their individual empowerment and individual resistance to the pressures of consumer productivity. (Otto Gerdina)

END_OF_DOCUMENT_TOKEN_TO_BE_REPLACED 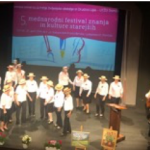 In Domžale, a smaller Slovenian town took place the 5th bi-annual Festival of knowledge and culture in later life. “I am proud that over three decades and a half Slovenia has become one of the most holistic and leading institutions for older adult education, that this festival celebrates art and creativity that accompany ageing. Those who are ageing must have an opportunity to appear in public in a way that is good for entire society» said one of the Slovenian Third Age students.

END_OF_DOCUMENT_TOKEN_TO_BE_REPLACED

The pluralisation of transitions to the after-working life phase: Gender capital, silver productivity  and mental health, Ljubljana , 10th-11th May 2019
The Conference was co-organised by Faculty of Arts in Ljubljana and Slovenian Third Age University. The conference focused on different research questions concerning forms of masculinity and old age in the post retirement period now that the patriarchal image of older men has gone. How to attract men, particularly those who are low educated to education and many others.

Over the last decade there have been substantial advances in understanding the gendered dimensions of issues in the last few decades, and only recently, to masculinities and gender capital in later life. Contemporary discussions on cultural and gender capital are bringing relevant recognition and somehow unintentionally reveal that gender can matter to the same extent or even more in old age than in childhood or adulthood.

END_OF_DOCUMENT_TOKEN_TO_BE_REPLACED

“Those who are active do not appreciate those who are inactive” argues Simone de Beauvoir (2019) though those who are active may legally impose inactivity on older people. This case study deals with the social engagement of Slovenian U3A’s students. Namely, Slovenian Third Age University’s socially engaged older people’s education, art and filmmaking were conceptualized as approach and method that enable older people to remain socially included and become social actors. Ever since 1984 Slovenian U3A’s educational programmes have been implicitly or explicitly focusing on: reaffirming older people’s personal and social identity, constructing older people’s quality of life, their active position in society as well as increasing public awareness about social existence, position and value of older people. Thus U3A’s programmes stimulate older people’s collective liberating from social stereotypes, prejudices and discrimination. Moreover, they are a method enabling older people to collectively liberate from the type of policy discourse that supports their casual instead of their serious leisure time (Stebbins, 2015). Older adults’ education-based engagement addresses the issue of social justice on redistributive, socioeconomic and symbolic-cultural level (Fraser, 2011). The EU project RefugeesIN is one of the recent examples of Slovenian U3A older students’ educational social engagement, dealing with refugee problematics and the issue of approaching and making documentary films.